Back in August, Google Ads announced that along with retiring the average position column, it would also be retiring the accelerated ad delivery option from October 7th onwards.

This is another shift to machine learning. While accelerated delivery used to be to ensure your ads were always served this often meant that restricted budgets were running out during the day.

Google has said that standard delivery has been updated to optimise ad delivery based on advertiser’s goals and search query context.

They also stated that accelerated delivery for limited budgets often resulted in a higher average cpc due to the ‘higher auction pressure in the early hours’.

From October 7th 2019, google campaigns will start switching accelerated delivery campaigns to standard delivery, and it will be fully retired by 14th October.

Accelerated Delivery will no longer be available for search campaigns, shopping campaigns, or shared budgets.

Any campaigns using accelerated delivery will start to be automatically migrated to standard delivery. Google recommends though, that you switch sooner rather than later.

Make sure you check your campaigns and Google has also added new error codes for this change for those using Adwords API scripts.

Emily is a Digital Marketing Executive at Siren Search. 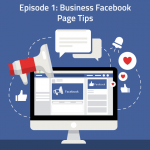 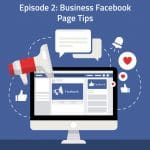